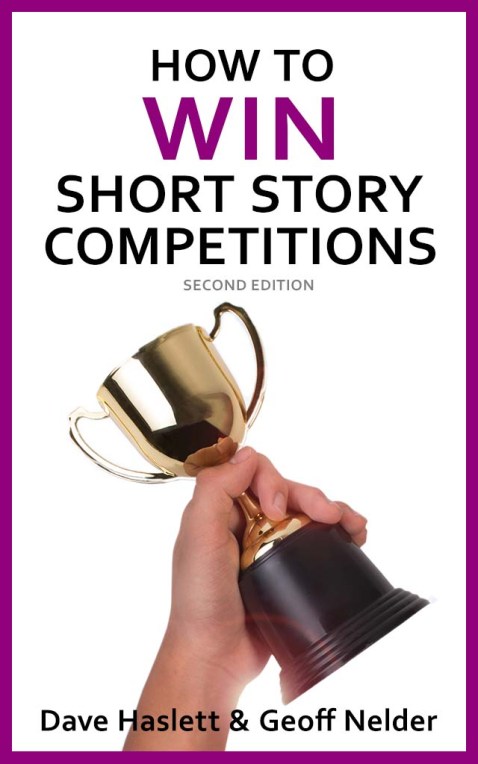 We’ve updated our book How to Win Short Story Competitions.

* Exactly what the judges are looking for.

* How the scoring system works.

* How to score highly in every category.

* What impresses judges – and what turns them off.

* How to write exceptional short stories.

* Which competitions give you the best chance of winning.

* How to avoid being disqualified.

New to this edition are:

The Writers Bureau 2018 Limerick Competition is now open, with £620 worth of prizes.

2 x Runners-up Prizes – £50 plus free membership to The Association of Freelance Writers (worth £24.99)

Winners will be published on the competition website and promoted on The Writers Bureau’s social media platforms.

Limericks were popularised by the nonsense poet, Edward Lear, in the nineteenth century and they’ve been a comic staple ever since. They are frequently uncomplimentary and often downright bawdy – a joke form as memorable as they are witty.

The judge this year is Diana Nadin, Director of Studies at The Writers Bureau. She says, “I love a good limerick and I was made to laugh out loud at many of last year’s entries so I’m looking forward to reading this year’s submissions. Limericks are a good way to let your writing hair down, have a laugh and have a good play with words. And, there’s a chance to win a great prize too!”

For full competition details and to read the winners  of previous competitions visit their website at: www.wbcompetition.com

Send the first 5,000 words plus synopsis

Did you know there are always at least 300 short story writing competitions going on at any one time? It’s true! You can find most of them listed at Sally Quilford’s Writing Calendar.

But what you really want to know is how to win them.

As it’s my birthday this month I’ve very generously slashed the price of How to Win Short Story Competitions, so it’s now just £1.65 in PDF format (which is also printable), and slightly less than that for the Kindle version. (For our American readers that’s about $2.66.) The price goes back up again on 1st June, so don’t miss out – and don’t forget to tell your friends.

(The Kindle version can of course be read on other devices too, including PC, Apple Mac, iPad, iPhone, and most other smart phones and tablets – you just need to install Amazon’s free Kindle App.)

Here are some reviews:

“This book delivers more than its title promises. I read it to find out if I wanted to pursue short story contests … but I also found some real gems for improving my writing and chances of being published.”
— Summa Nulla

“Written in conversational style, this book for me is like having a private lesson with two experts in the field. Easy to follow and understand. It contains very useful inside information for anyone wanting to enter (and win!) short story competitions. It is divided into easily absorbed chunks and I would say it covers just about everything one would need to know on the subject.”
— AM Jones

“The marking scheme for short story competitions opened my eyes and it will definitely change my approach when I plan a story in the future. Lots of fantastic information packed into a quick and easy read. Highly recommended.”
— D Wilkinson

Here are the links you need:

I’m currently working on an idea for a “secret book project” that I might tell you more about in two weeks’ time! (I’m pretty sure it’s never been done before.)

Two competition judges (Dave and Geoff) discuss everything they know about entering, judging and (most importantly) winning short story competitions, in an easy-to-follow question and answer format.

Click on the cover image on the left  if you’re desperate to buy it immediately. Or read on for some entertaining anecdotes about how we created it.

We actually wrote this book in August 2009. And when I say ‘wrote’ I mean spoke – because it was intended to be an audio recording. For various reasons,  that didn’t work out too well (the voice recorder I’d ordered didn’t turn up until three days afterwards, the microphone I purchased at very short notice sounded like you were speaking down a cardboard tube, and our voices were not at their best). We did end up with a recording (not good enough to sell) and (later) a transcript that we thought would make a very good book if we tidied it up a bit.

The plan was to record it at the beach – because writers can work anywhere, so let’s live the dream! So, once he had finished judging the 2009 Whittaker Prize, Geoff caught the train down to Devon and spent a day revisiting his past, with the intention of meeting me at the seaside the next day. Next day dawned . . . and it was raining. So we recorded it in the hotel’s dining room instead.

While we were there we tried taking a photo of the two of us together, which we could use for things like blogs, magazine reviews, etc. But the microphone (the one that sounded like a cardboard tube) used up all the batteries. Here is the only photo we have (taken just before the batteries died completely). The flash didn’t go off so it was murky and blurred, but we’ve brightened and sharpened it as best we can. It isn’t great, but it’s all we’ve got!

The transcript passed back and forth between us a few times. And then time passed, and some more time passed, and we both got engrossed in other projects. And then suddenly it was spring 2012 and Geoff said he was judging the Whittaker Prize again. It was time to get this book finished!

This was the first book I formatted for Amazon’s Kindle ebook reader, and the process turned out to be a nostalgic blast into the past. It’s exactly the same process and coding system that I used back in 1996 when I created web pages by hand using Windows Notepad. I used something a little more advanced this time around, but I still went back to Notepad a couple of times, as its search and replace function works with curly quotes and the other software doesn’t recognise them.

You can of course cheat and use Amazon’s Word-to-Kindle converter, but I’ve seen too many examples of mangled formatting to trust it. I’d been meaning to learn how to do it properly anyway, so this was the perfect opportunity to do so.

The medal on the cover was knitted by Mary, a volunteer in the swimming pool fundraising shop I manage. (My role is also voluntary I’d like to point out!) She brought in some medals she’d made to sell in the shop, and I thought they had just the right sort of quirky touch to make our cover stand out. So she made one especially for us (and donated her fee to the swimming pool fund.)

The text in the cover photo is from a sample story we included in the book to show how the judging process works. The story is ‘Return to Cairo’ by Jonathan Pinnock – and it includes a few naughty words. (Geoff chose it, not me!) Despite arranging the medal as artfully as I could, one unfortunate word remained uncovered – and featured rather prominently. So I had to airbrush it out using Photoshop. It isn’t a terrible word, but you really don’t want it taking pride of place on your book’s cover!

Photographing the cover took longer than ‘writing’ the book. (Such is the life of a perfectionist – or a ‘control freak’ as some people call me.) It took 80 shots over three days using two different cameras to get a result I was happy with. (And I am very happy with it.) I tried different angles, lighting conditions and camera settings, with and without a tripod, and ended up going back to the camera I first started with. The photo on the cover was shot number 78.

So that’s the story of how this brilliant little book was created. If you enter short story competitions, or have ever considered doing so, you’ll definitely find it useful, and it should boost your chances of success considerably. If you win any please let us know so we can celebrate your success.

How to Win Short Story Competitions is available from the following outlets:

If you’re a full lifetime member of ideas4writers you’re entitled to receive the PDF version at no cost. Please email Dave if you would like one. We ask that you send us a one-paragraph review in exchange.

The judge will be Iain Pattison, a prolific and widely published short story writer, on both sides of the Atlantic. He is a popular speaker and workshop leader, and is the author of the highly acclaimed book Cracking the Short Story Market.

First Prize is £500, second prize £300, third prize £200 and fourth prize £100. All winners will be published on the Writers Bureau website and the First Prize story will appear in print in Freelance Market News.

For further details, to download an entry form or to enter online visit: www.wbcompetition.com

All entrants, winners or not, gain a helpful critique of their story – a feature thought to be unique among low-fee writing contests.

Winners will be awarded the title ‘Winner, the Writers’ Village Best Writing winter 2011 Award’ and see their work showcased online.

Any genre of prose fiction may be submitted up to 3000 words, except playscripts and poetry. Entries are welcomed world-wide. The fee is £10 for two entries and multiple entries are permitted. Deadline is 31st December 2011.

Entry rules plus all winning stories since 2009 can be found at:
http://www.writers-village.org

1,800 newsworthy anniversaries in 2020 for you to write about (and make money from). Includes events, discoveries, inventions, and famous births and deaths
Click here for full details

1,500 newsworthy anniversaries in 2019 for you to write about (and make money from). Includes events, discoveries, inventions, and famous births and deaths
Click here for full details

How to Win Short Story Competitions

Two competition judges discuss everything they know about entering, judging and (most importantly) winning short story competitions, in an easy-to-follow question and answer format.
Click here for full details

The fastest way to write your book

How professional authors write full-length, best selling books in just days or weeks rather than months or years. And how you can do it too!
Click here for full details